“Nowdays it is the fashion to admire loudest what one understands least.”

“Old Friends and New Fancies” is considered to be the first Jane Austen sequel. Published in 1913 and written by Sybil G. Brinton. It takes a variety of characters from all of Jane Austen’s novels and imagines new lives for them, specifically, the romances of Georgiana Darcy, Kitty Bennet, and Mary Crawford.

In a previous post I mentioned that I was part way through reading it with a decidedly ‘meh’ reaction. Its one thing when an author creates a new story with new characters but it becomes something completely different when a novelist reimagines an already beloved author’s novels, storylines and characters. These are huge minefields waiting for one wrong mis-step.

The other tricky part is dialogue. Do you attempt to write in the same manner? Or do you flat out write in the vernacular of your time? For me the failure of this novel is the mixing of dialogue. It reads like that friend who visits England only to return to the US with an English accent that ebbs and flows.

Mrs. Brinton did a nice job with the following characters: Georgiana Darcy, Kitty Bennet, Mary Crawford, Tom Bertam, and William Price. Their original portrayal by Jane Austen comes through and is expanded in a pleasing way. I particularly enjoyed the interpretation of Mary Crawford. Mary is a woman who has learned from the mistakes of the past with an eye towards a better future. 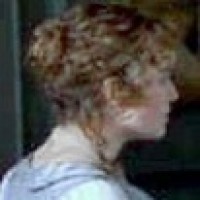 I did not care for Mrs. Brinton’s portrayal of Anne Elliot and Elinor Dashwood. They came across as weak and uninteresting with none of their original quiet, strength portrayed. This exaggeration of their “flaws” felt awkward and forced, as did the interpretation of their spouses, Capt. Wentworth and Edward Ferrars where both men are rendered shadows of themselves.

Overall, I would recommend reading ‘Old Friends and New Fancies’, especially if you are considering creating your own Jane Austen Sequel.

FYI, In the spirit of full disclosure, the links for ‘Old Friends and New Fancies’ shown above is an Amazon affiliate links, which means that I may get a commission if you decide to purchase anything from Amazon. They help pay the bills

A Map to the World of Pride & Prejudice

Which Jane Austen Heroine are You?